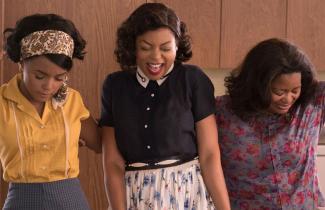 20th Century Fox has released its trailer for 'Hidden Figures', based on the untold true story of the women working on the space program at 1960s NASA.

The film centers on the story of Katherine G. Johnson, Dorothy Vaughan and Mary Jackson, who served as the brains behind the launch of astronaut John Glenn into orbit in 1962.