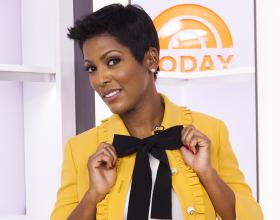 Tamron Hall is leaving NBC after being blindsided by the 'Today' show last week.

Hall has turned down a multi-million dollar contract after she was reportedly told minutes before going on air on Friday that she and Al Roker would lose their hour to Megyn Kelly.

NBC confirmed her abrupt departure on Wednesday and said: "Yesterday was her last day as an anchor... Tamron is an exceptional journalist, we valued and enjoyed her work at Today and MSNBC and hoped that she would decide to stay. We are disappointed that she has chosen to leave, but we wish her all the best."

"The last 10 years have been beyond anything I could have imagined, and I'm grateful," Hall said in her own statement. "I'm also very excited about the next chapter. To all my great colleagues, I will miss you and I will be rooting for you."

Megyn Kelly, who made the move from Fox News, will join the morning show this fall. Al Roker will fill the slot until then with rotating co-hosts.