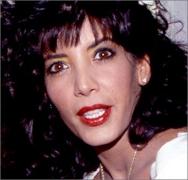 The past two months have not been kind to Sylvester Stallone. After tragically losing his son six weeks ago, the actor has now also lost his half-sister, Toni Ann Filiti, aged 48, to lung cancer.

She died at their mother Jackie Stallone's Santa Monica home after choosing to leave UCLA hospital.

"I was holding her in my arms," Filiti's 90-year-old mother, Jackie Stallone, tells the Daily News. "I had just washed her face and told her how pretty she looked, and she just fell asleep. She's too young to go, but she wasn't feeling any pain."

"What a terrible month. First Sage and now Toni. It's hard. At least they're together now in heaven."

Jackie Stallone also recounted Filiti's last moments at home: "I was talking to her about renting a place in Paris where we would go so she could get better. I believe in miracles. But my husband is a doctor and said she was dying. A little while later he said she was gone. I stayed with her a couple hours on the bed."

She says, upon receiving the news, Sylvester Stallone told her: "He said he can't take any more pain. He said he'll always be there for her son."