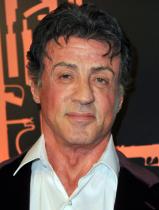 Sylvester Stallone is denying allegations after a decades old police report surfaced that alleges he and his bodyguard assaulted a 16-year-old girl in Las Vegas in 1986.

"This is a ridiculous, categorically false story," a spokesperson for the actor says in a statement.

"No one was ever aware of this story until it was published today, including Mr. Stallone. At no time was Mr. Stallone ever contacted by any authorities or anyone else regarding this matter."

The report, titled "possible sexual assault", was filed after the girl told police she was "intimidated" into having sex with Sylvester and his bodyguard at the former Las Vegas Hilton Hotel.

The 16-year-old claimed that the pair forced her to perform oral sex on them.

The encounter left her "humiliated and ashamed" as well as "scared" because the star threatened they would "beat her head in" if she ever told anyone.

Retired Las Vegas metro police detective sergeant John Samolovitch, who was head of the sexual assault unit at the time, confirms "the copy of the police report is in fact a true copy of the original report."

However, he doesn't say why nothing was done about it.