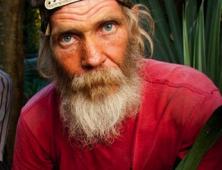 Mitchell Guist, a cast member of the History reality show 'Swamp People', has died. He was 48.

Sheriff Mike Waguespack tells WBRZ-TV that the alligator hunder was loading items into a boat on Monday when he fell out of his boat after having suffered a seizure.

"You say he's in cardiac arrest?," asked the dispatcher on the 911 call.

"Yes sir, we're blowing and pumping the guy's chest right now," the caller said. "It looks like he may have had a heart attack."

Guist was taken to Teche Regional Hospital in Morgan City after attempts resuscitate Guist were unsuccessful. He was pronounced dead at the hospital.

Appearing on the show alongside his brother, Glenn, the Louisiana's Atchafalaya swamp country resident who took TV cameras along during alligator hunting season.

"We are extremely saddened to report that our friend and beloved member of the Swamp People family, Mitchell Guist, has passed away earlier today," says History in a statement.

"Mitchell passed on the swamp, doing what he loved. We appreciate your respect for the Guist family's privacy and hope you join us in sending our thoughts and prayers to his brother, Glenn, and the rest of the Guist family."