Super Mario Bros. Movie In The Works After Deal with Universal's Illumination 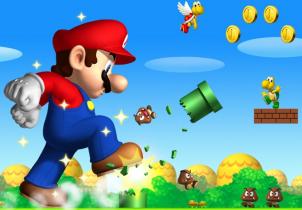 Super Mario Bros. is making the leap to the big screen after signing a licensing deal with Universal's Illumination Entertainment.

Nintendo has agreed to a lucrative deal with the company behind 'Despicable Me', 'Minions' and 'The Secret Life of Pets' to create an animated movie based on the videogame series about the plumber brothers who fight evil turtles and mushrooms to rescue Princess Peach in a fantasy kingdom.

The characters haven't been on the big screen since 1993's 'Super Mario Brothers', starring Bob Hoskins, John Leguizamo and Dennis Hopper, flopped both critically and at the box office.

Nintendo wants to have creative input on this incarnation and Shigeru Miyamoto, the creator of Mario, will reportedly serve as a consultant and producer on the movie.

The film is still several years away. However, this deal is the first step to stepping back into the land of the Mario Bros.