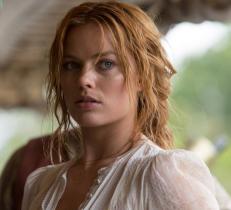 ) has revealed that she regularly swaps text with Prince Harry.

The 'Suicide Squad' actress has the Royal's number and apparently he's always quick to get back to her.

). They’ve known each other for years, and we met through friends," she tells Extra about how they met.

The 25-year-old actress says admits she had no idea who he was when they met.

"I didn't know it was a prince, it's not like he was wearing a crown. When I saw him in those glasses, I was like, 'Oh, my God, I didn't know Ed Sheeran was at the party! He got really offended. He was like, 'Shut up!'"

"It's really odd. I didn't tell my family. When I go to see my family my mom's telling me about Murphy, our dog, and mundane things like that!"