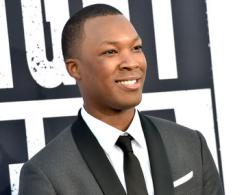 We reported last week that the network had given the greenlight to a pilot for a reboot of the real-time terrorism centric drama.

While Fox hasn't yet confirmed, multiple reports have suggested that Hawkins has the role as its lead.

Hawkins will play Eric, a "strong and smart" man returning home from the Army Rangers.

Now living in Virginia with his wife Nicole, he's pulled back into action "as his past comes looking for him." He then becomes involved with the CTU to stop what could potentially be "one of the largest-scale terror attacks on American soil."

Fox has said this incarnation of '24' will be a "new organization, a new cast of characters, a completely different story in terms of the special ops group we're focusing on."

"It's a very contemporary story activating sleeper cells in the United States."