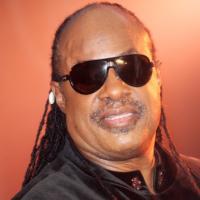 Stevie Wonder took to his knee in solidarity with athletes before performing hits such as 'Higher Ground' and 'Overjoyed' at the Global Citizen Festival in New York City.

"Tonight, I’m taking a knee for America," Wonder said as he knelt with his son Kwame Morris. "Not just one knee, but I'm taking both knees. Both knees in prayer for our planet, our future, leaders of our world and our globe. Amen."

"I wanted to say that prayer before I serve you my musical meal."

This after President Trump railed at a rally speech in Friday: "Wouldn't you love to see one of these NFL owners, when somebody disrespects our flag, say, 'Get that son of a b–ch off the field right now. Out, you’re fired.'"

Trump's comments sparked a wave of protests against the NFL and even brought criticism from NBA star LeBron James after Trump disinvited NBA champion Stepehen Curry and the Golden State Warriors.

"U bum Stephen Curry already said he ain't going! So therefore ain't no invite," said three-time NBA champ James. "Going to White House was a great honor until you showed up!"

WATCH: Stevie Wonder takes a knee on the stage "for America" at #GCFest https://t.co/lXIMO8fvcT https://t.co/qE97FFQmMH