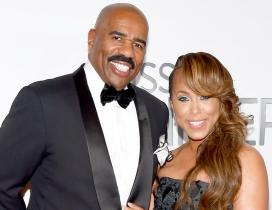 Steve Harvey has confirmed that a leaked memo outlining his rules to show staff is real, but he's not apologizing for it.

The memo was reportedly sent to his staff of his former daytime talk show, 'Steve Harvey', before the start of its current fifth season.

In an effort to end, what he calls, "ambushing" and find "more free time for me throughout the day," Harvey warns staff to not talk to him unless they are approached directly.

He also rules out visits to his dressing room or being approached in the hallways.

"Do not open my dressing room door," he warns. "IF YOU OPEN MY DOOR, EXPECT TO BE REMOVED. My security team will stop everyone from standing at my door who have the intent to see or speak to me."

Harvey says he wants an appointment-only schedule because he has been "taken advantage of by my lenient policy in the past."

"Everyone, do not take offense to the new way of doing business. It is for the good of my personal life and enjoyment," he concludes.

The talk show wraps up its season this week in Chicago.

On Thursday, Harvey confirmed the authenticity of the memo and said: "I don't apologize about the letter, but it's kind of crazy what people who took this thing and ran, man. I just didn't want to be in this prison anymore where I had to be in this little room, scared to go out and take a breath of fresh air without somebody approaching me, so I wrote the letter."

Here it is in its entirety: 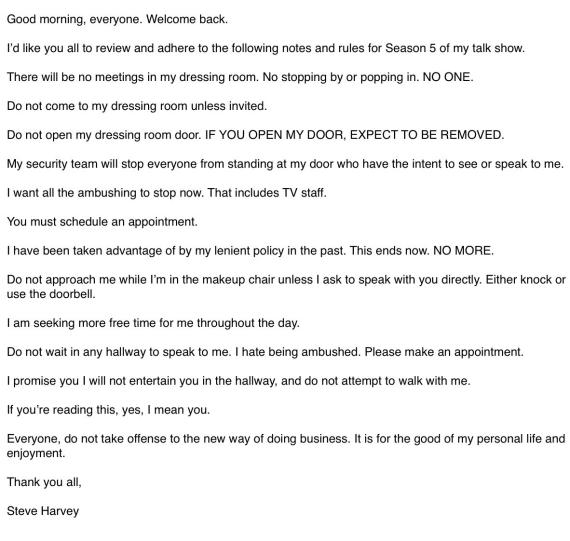