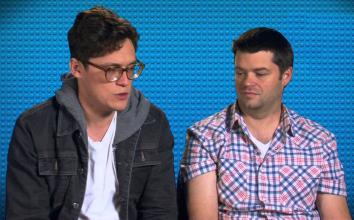 The 'Star Wars' Han Solo spinoff is in search of a new director after firing Phil Lord and Chris Miller.

Lucasfilm president Kathleen Kennedy has announced that the film is parting ways with Lord and Miller due to different creative visions on the film.

A replacement is expected to be named soon since the pair had been involved in production, starring Alden Ehrenreich as the young Han Solo, for months.

In a joint statement, the directors said their vision and process were not aligned with Lucasfilm. However, several reports indicated it was not merely a parting of ways and they were fired.

"Unfortunately, our vision and process weren't aligned with our partners on this project. We normally aren't fans of the phrase 'creative differences' but for once this cliche is true. We are really proud of the amazing and world-class work of our cast and crew," Lord and Miller said.

THR reports that "the style and vision" of Lord and Miller clashed with that of Lawrence Kasdan, the legendary screenwriter who wrote 'Empire Strikes Back', 'Raiders of the Lost Ark' and did the script for the Han Solo stand-alone feature.

Lord and Miller apparently shot the young Han Solo with a "comedic personality" while Lucasfilm insisted he be "sarcastic and selfish."

The decision was made after production was halted to review what had already been shot.