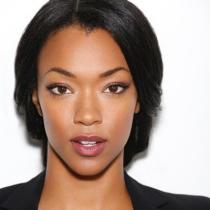 The casting ends a months-long search by CBS to find the show's lead. Bryan Fuller, who is no longer executive producer of the series, had hinted that he would like to see it led by a woman and pushed for a diverse cast.

Fuller described the character as a "lieutenant commander with caveats" to EW.

"We've seen six series from the captain's point of view," he explained. "To see a character from a perspective on the starship — one who has different dynamic relationships with a captain, with subordinates, it gave us richer context."

But the news doesn't necessarily mean Martin-Green will be leaving 'The Walking Dead', at least not yet. The 31-year-old will continue to play a series regular on AMC's zombie drama.

The rest of the announced cast, as of right now, includes Anthony Rapp, Doug Jones and Michelle Yeoh.