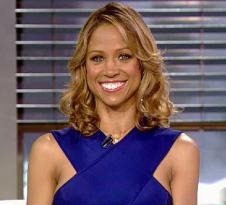 Stacey Dash has her own suggestions amid the controversy stemming from the lack of diversity in this year's Oscar nominations.

Even as Spike Lee and Jada Pinkett Smith brought up possibly boycotting the prestigious annual awards show, Dash says the outrage over the Oscars was "ludicrous."

The African-American actress, who is a regular Fox News commentator, instead said the problem was ingrained deeper in the culture.

"We have to make up our minds. Either we want to have segregation or integration. And if we don't want segregation, then we need to get rid of channels like BET and the BET Awards and the Image Awards where you're only awarded if you're Black."

"If it were the other way around, we would be up in arms. It's a double standard."

"Just like there shouldn't be a Black History Month. You know? We're Americans. Period. That's it."

'Fox & Friends' host Steve Doocy asked: "Are you saying there shouldn't be a Black History Month because there isn't a white history month?" Dash replied, "Exactly!"

Dash has previously appeared on BET's 'The Game', a fact that the network hasn't forgotten.

"Soooooo Stacey Dash can we get our check back... or nah?," asked BET's social media account.