The US Postal Service launches its latest set of super hero stamps this week.

The 41-cent stamps honor the creations of Marvel Comics, and also include Sub-Mariner, The Thing, Captain America, the Silver Surfer, the Spider-Woman, the Invincible Iron Man, Elektra and Wolverine.

In addition, 10 of the stamps highlight covers of comic books featuring the characters.

Dan Buckley, president for publishing at Marvel Entertainment says the stamps are a "great honor."

"It just proves we’re a part of American history, part of the fabric of society," he said.

Buckley says his favorites are Spider-man and Wolverine but they've all had their runs. Right now the Avengers are top sellers. Over the past 20-30 years, the most popular have been the X-Men and Spider-Man. 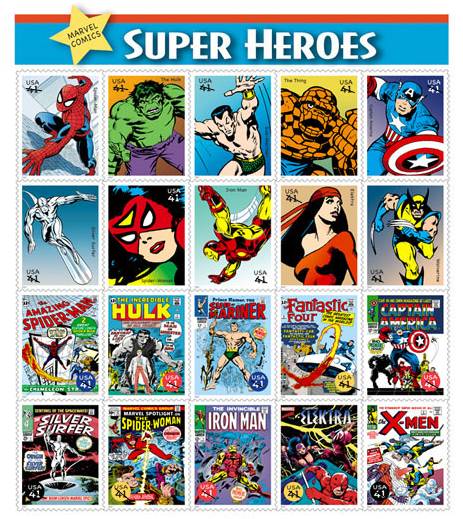