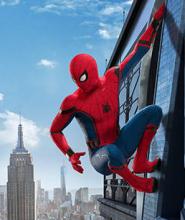 The Marvel Cinematic Universe is on the way to completing Phase 3 with 'Avengers: Infinity War' in April 2018 and its follow-up but planning has already begun on what's to come.

Marvel Studios President Kevin Feige is hinting that the sequel to 'Spider-Man: Homecoming' will setup the next sequence of storylines for the universe.

"So much happens in the 3rd and 4th Avengers movies, as you can imagine, and so much is affected by it that we felt what better person to hold your hand and lead you into the next incarnation of the MCU, in a grounded, realistic manner, than Peter Parker?," Feige says in an interview.

"So, coming out two months after the Untitled Avengers, that’s what much of what the next Spider-Man film will be about."

"It was purposefully done like this," he explains. "Like how the events of Captain America: Civil War impacted Peter as he was dropped off by Tony and expected to go back to continue his sophomore year, how the hell are the events of Infinity War and Untitled Avengers going to affect him as he, yes, goes back to his junior year?"

"Much like, as we went into Homecoming, we knew all the general pillars, you then need the magic of the writers and directors to bring it all to life. So we're in that same position and we'll actually start putting pen to paper on the next Spider-Man film in the coming weeks once this film is finally released. But we do know the specifics and the time line."

'Spider-Man: Homecoming', which sees Tom Holland as the webbed superhero, has a release date of July 7, 2017. It's sequel is currently slated for July 5, 2019.