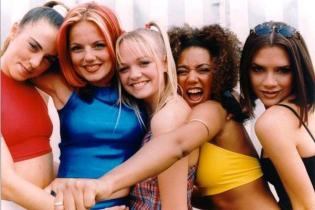 The Spice Girls have announced they are reuniting for a tour and greatest hits album.

The 'girl power' band sold around 55 million albums and topped charts around the world before Posh, Scary, Sporty, Baby and Ginger decided to go it alone. Geri 'Ginger Spice' Halliwell left the group in 1998 and the other four have pursued solo careers and jobs outside music since their last album 'Forever' in November, 2000.

In a recent radio interview, Melanie Chisholm, 'Sporty Spice', said she admired boy band Take That, who have enjoyed huge success since reforming, even without the help of former member Robbie Williams.

British media report that the Spice Girls would stand to make millions each from the reunion tour, which is expected to be accompanied by a new album and a television documentary.

Ginger, Sporty, Posh, Scary and a heavily pregnant Baby Spice told a press conference in London on Thursday that the tour would take place in December and January and would be accompanied by a television documentary about the band, just as we reported earlier.

Victoria Beckham said: "Take That are starting up again. For us we're celebrating the past, we're going to do a small tour and then that's probably going to be it."

) called the reunion a "one night stand", joking: "So you can enjoy it more, right?"