Sophia Bush Explains She Left Chicago PD 'Because I Wanted To' 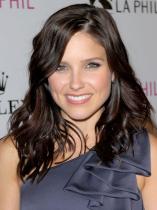 ) has set the record straight about why left 'Chicago PD' after four seasons.

Responding to questions about whether she left the drama voluntarily or was pushed out of it, Bush said on social media that it was her choice and the questions were slightly insulting.

"Took me a long time and a lot of hard work to get out of that show," Bush wrote.

"Please don't demean my capabilities by degrading my position. I left because I wanted to. End of story."

Bush now has a development deal with 20th Century Fox TV to develop projects as an executive producer as well as star in a pilot.