Sophia Bush On Leaving 'Chicago PD': 'My Dream Job and I Was Miserable' 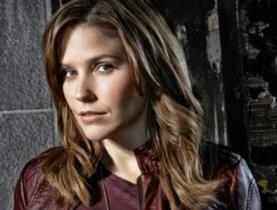 ) is telling fans why she decided to leave 'Chicago PD' at the end of its fourth season.

The actress reveals that knew by the end of her second year that she didn't want to do the series and describes it to being "miserable" and "trapped in a burning building."

"I don't have to give everyone the specific break down of exactly why I left until I'm ready to do that. But, the overarching theme for me, was that I landed my dream job. I landed this job that, since I was 20 years old and trying to become an actor, I said I wanted. And aspects of it, don't get me wrong, were wonderful. But, I realized…by the end of the second season I couldn't do that job anymore," she said.

After wondering how to quit her dream job, Bush sat down 'Chicago PD' showrunners after the third season.

"I said, 'Here's where we are. Here's everything you're aware of. Here's how I'm coming to you today. If something really drastic doesn't change, I'm leaving at the end of the year' -- because I understand how the business works and how women are treated."

"I'm literally sitting in front of you like cool as a cucumber," Bush recalled.

"If this has to be like a big swinging dick competition, I promise you I will win. But know this now: if we're not having a very different conversation by Christmas, then you know with 100 percent certainty in December that come the end of April I'm leaving,'" she said.

"What you start to realize is that—like if your house was burning down, you wouldn't hang out inside because your brother was in there and you loved him. You'd be like, 'Yo, I love you. Let's get out of this house!' For me, not to put it on anybody else, but for me, it felt like I was trapped in a burning building. I was just so unhappy and it was my dream job and I was miserable and I had to go."

Bush was written out at the end of last season after her character received an offer from the FBI to relocate to New York City.