Sophia Bush Opens Up About Chad Michael Murray Divorce: 'It Was a Massive Event' 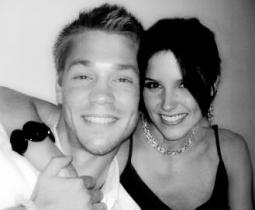 ) has opened up about the "trauma" of her 2006 divorce from Chad Michael Murray in an open letter published in Cosmopolitan.

Bush married her 'One Tree Hill' co-star in April 2005 and announced their separation in September, after just five months of marriage. She filed for an annulment, citing fraud but was denied.

"It devastates me now that I have been reduced to a Hollywood statistic – another joke marriage," she said at the time. "I never expected to be married more than once... because I knew what I was getting into and will always believe in love."

"In my 20s, when I was starting out my career as an actor, I wasn't looking for a relationship, but one found me and became serious, even though I hadn't planned to settle down until my 30s," Bush wrote. "But when the person you're with asks you to marry him, you think: 'This must be happening because it's supposed to.'"

"I refuse to let that one relationship define me, which is why I've done my best to avoid discussing it for 10 years. The reality is that, yes, it was a massive event in my life. And the trauma of it was amplified by how public it became, which was incredibly foreign and bizarre to a girl who'd been just another college kid 24 months before her life blew up."

"When you take the pressure of The One off, you'll open yourself up to endless possibilities," Bush concluded. "You'll learn to have a truly deep, knowing relationship with yourself first. Then the rest will fall into place."