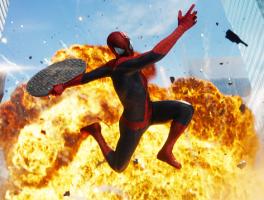 Newly uncovered emails from the Sony hack published by Wikileaks reveal that the studio has strict guidelines for Spider-Man, including his race and sexual orientation.

The revelation comes from a leaked agreement between Marvel and Sony, which details that the character must be Caucasian, can't be homosexual, can't smoke tobacco, can't distribute illegal drugs, can't abuse alcohol or have sex before the age of 16.

The agreement describes these as "mandatory character traits" the character must have.

Notably, it went into effect in September 2011, a month after Miles Morales, the Black Hispanic descent Peter Parker, was introduced in the comics.

Reaction to the character varied, with Spider-Man creator Stan Lee approving it while others decrying it as a publicity stunt motivated by political correctness.