Sony CEO Talks About Hack Against Company At CES 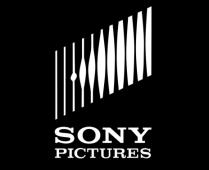 At his appearance at the CES trade show in Las Vegas on Monday, Sony CEO Kazuo Hirai finally spoke about the hack that made headlines around the world and targetted company e-mails, documents and even their employees.

Hiari called it a "vicious and malicious cyberattack" and said he was proud of Sony for standing against "the extortionist efforts of criminals."

Sony initially said 'The Interview' would not be released in theaters following threats of terrorist attacks, but after being criticized for that decision, it managed a limited release through independent theaters as well as online.

Hirai added he wanted to see the film released because freedom of speech and expression were "very important" to Sony. He went on to thank "most importantly the people who have gone out to see the movie in theaters or through various online venues."

However, the majority of Hiari's appearance was focused on the company's 4K televisions rather than the hack.