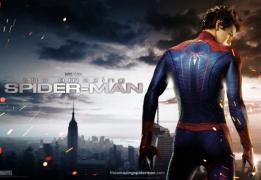 Sony Pictures may be in production on 'The Amazing Spider-Man 2' but that isn't stopping the studio from giving the green light to two more films based on the superhero.

Sony has announced that the third film in the rebooted franchise will be released in June 10, 2016 and the fourth on May 4, 2018. Of course, that's after 'The Amazing Spider-Man 2' is released next May.

"Spider-Man is our most important, most successful, and most beloved franchise, so we're thrilled that we are in a position to lock in these prime release dates over the next five years," says Jeff Blake, Chairman of Worldwide Marketing and Distribution for Sony Pictures.

The announcement also indicates that director Marc Webb and Sony have a plan in place for the direction they want the story to go.