Some Theaters To Show 'The Interview' On Christmas Day 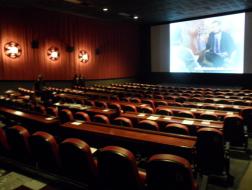 Less than a week after pulling the comedy's planned release, Sony Pictures has cleared the way for the release of 'The Interview' on Christmas day.

At least twenty theaters have announced Sony Pictures will allow them to play the comedy about a plot to assassinate North Korea leader Kim Jong Un including Texas-based Alamo Drafthouse Cinema and the Plaza Atlanta.

It's likely many other theaters will join now that Sony has opened the floodgates after the company was the victim of a massive cyberattack.

Major movie theaters and chains had said last week they would not screen the film following the terrorism threat made by the group that led the attack against Sony Pictures over the release of the film.

On social media, the film's stars finally broke their silence. James Franco said: "VICTORY!!!!!!! The PEOPLE and THE PRESIDENT have spoken!!!"

"The people have spoken!," added Seth Rogen. "Freedom has prevailed! Sony didn't give up! The Interview will be shown at theaters willing to play it on Xmas day!"

Michael Lynton, chairman and CEO of Sony Pictures, said: "I want to thank our talent on The Interview and our employees, who have worked tirelessly through the many challenges we have all faced over the last month. While we hope this is only the first step of the film's release, we are proud to make it available to the public and to have stood up to those who attempted to suppress free speech."