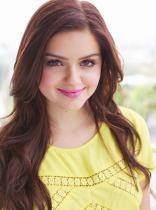 An agreement was reached Monday with the mother of Winter in a long-running guardianship dispute, just before a trial was set to begin on who would care for the 16-year-old actress.

Winter's mother Chrisoula Workman agreed to drop her objections to the guardianship if her daughters would watch a video montage of family photos before court adjourned.

Both Winter and Shanelle Gray began tearing up as the pictures were displayed on a projector. Winter then left court without speaking.

She has been living with her older sibling since 2012, when a temporary guardianship was instated after she alleged that her mother was physically and emotionally abusing her.

Winter's father will control her finances until she turns 18.