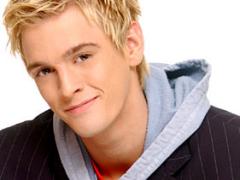 "Aaron filed for Chapter 7 Bankruptcy protection to alleviate past issues in an effort to move forward with his life and career," his rep says in a statement.

"The majority of the debt he is asking to be discharged is very old debut from more than 10 years ago -- when he was a minor and not in control of his finances."

Carter's last album was released in 2000 and sold over 1.5 million copies.