'The Simpsons' made a quick reference to Mitt Romney's much maligned Bain Capital on Sunday night's season premiere.

In its opening credits, the animated comedy displayed a billboard atop a building that read "McBain Capital: Consider this a hostile takeover," featuring action star McBain.

Bain Capital was the asset management and financial services company co-founded by Presidential Candidate Mitt Romney -- which has been a favorite target for the Democrats.

Rush Limbaugh may have something to say about the mention considering he lashed out at the 'Dark Knight Rises,' accusing the film for using villain Bane for a disguised attack on Mitt Romney. 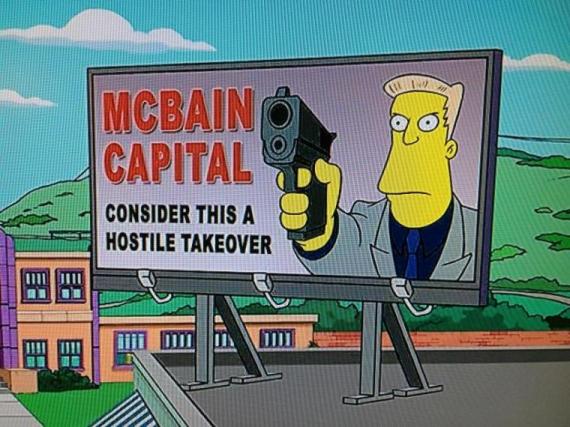