'Sherlock' Season Four Trailer Teases 'It's Not A Game Anymore' 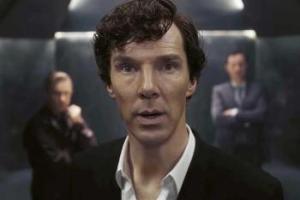 The season premieres January 1 after a nearly three year long wait for fans since the last full season.

It appears to take a dark turn for everyone's favorite detective and the actor recently said in an interview it may be the show's last.

He added he would love to keep playing the character but, with his and Martin Freeman's busy schedules, writers may have come up with an ending with some degree of finality just in case it's the end of the series.