Shaquille O'Neal Announces Plan To Run for Sheriff In 2020 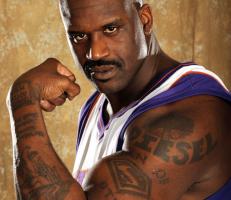 Shaquille O'Neal has revealed that he plans to run for sheriff in 2020.

In an interview with Atlanta NBC affiliate 11Alive, the former NBA star said that while he's interested in politics, he would like to dedicate himself to public safety.

"It's not about politics. This is about bringing people closer together," he said. "You know, when I was coming up, people loved and respected the police, the deputies. And I want to be the one to bring that back, especially in the community I serve."

As for whether he'd run in Georgia or Florida, he said: "I haven't made up my mind yet."