Shape magazine's editor is apologizing for featuring LeAnn Rimes on the cover of Shape's October issue, calling it a "terrible mistake".

"You are all in good company as you all agree 'Shape' has made a terrible mistake in putting LeAnn Rimes on the cover," Valerie Latona says in an email to readers who complained about the cover.

"Please know that our putting her on the cover was not meant to put a husband-stealer on a pedestal—but to show (through her story) how we all are human. And this woman in particular found strength in exercise in what she said was her most difficult personal moment."

"But it did not come across that way. And for that I'm terribly sorry. I hope that we can do better the next time for those of you that will give us another chance."

The 28-year-old singer, who cheated on her now ex-husband with a then married Eddie Cibrian, appeared on the cover with an accompanying story called 'LeAnn Rimes: How Working Out Saved Me'.

Their split came shortly after Cibrian, who was her co-star in 'Northern Lights', filed for divorce from his wife, Brandi Glanville. It wasn't long after that the pair moved in together.

This isn't the first time LeAnn Rimes has been openly criticized, in July, she took a 'break' from Twitter after observers slammed her for making out with Cibrian with her bikini-clad bottom in his young son's face.

Here's a larger version of the cover featuring LeAnn Rimes in a bikini: 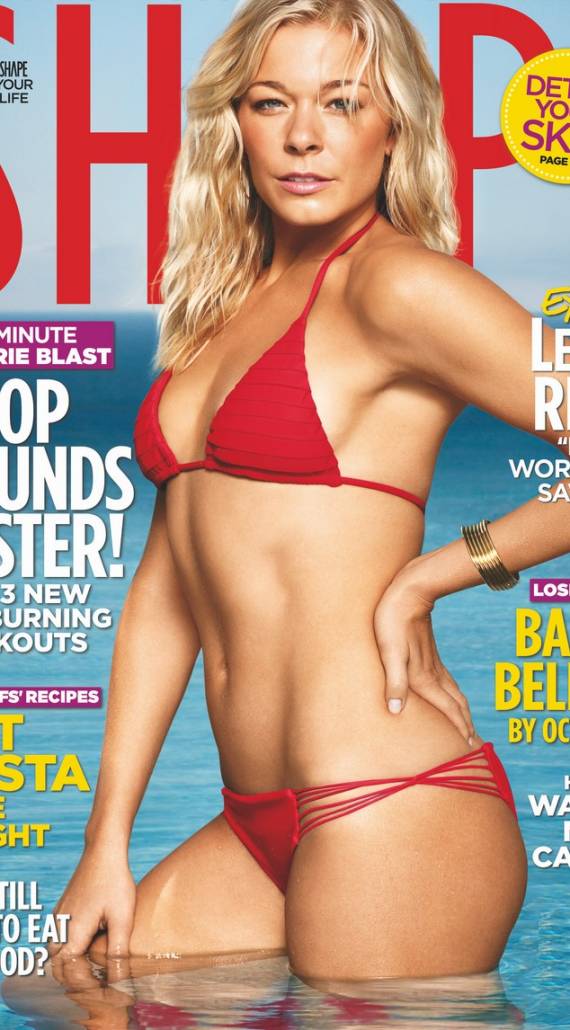