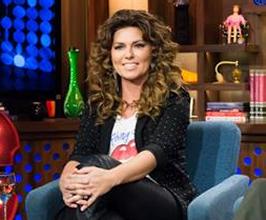 Shania Twain kept it short and snappy when talking about her one-time best friend Marie-Anne Thiebaud during a taping of 'Watch What Happens Live'.

Asked what she would say to Thiebaud, the woman who betrayed her by having an affair with Twain's husband, the country singer replied: "I wish I'd never met you!"

Twain divorced Robert 'Mutt' Lange after 14 years of marriage in 2008. Ironically, she is now engaged to Marie-Anne's former husband, who was also cheated on, Frédéric Thiebaud.

"I think I've learned a lot from all that," she said. "I don't regret it, but I think that's how I would've answered the question."

Twain recently announced that she would be going on a farewell tour this summer.