Sean Penn was spotted sporting red lipstick, guy-liner, earrings and a blowout from hell on the Dublin set of his next film 'This Must Be The Place'.

Penn plays a retired rock star looking for revenge as he tries to hunt down the ex-Nazi war criminal who killed his father.

"Cheyenne, a wealthy former rock star, now bored and jaded in his retirement embarks on a quest to find his father's persecutor, an ex-Nazi war criminal now hiding out in the U.S," begins the movie's description.

"Learning his father is close to death, he travels to New York in the hope of being reconciled with him during his final hours, only to arrive too late. Having been estranged for over 30 years, it is only now in death that he learns the true extent of his father's humiliation in Auschwitz at the hands of former SS Officer Aloise Muller - an event he is determined to avenge."

"So begins a life-altering journey across the heartland of America to track down and confront his father's nemesis. As his quest unfolds, Cheyenne is reawakened by the people he encounters and his journey is transformed into one of reconciliation and self discovery."

"As his date with destiny arrives and he tracks down Muller, Cheyenne must finally decide if it is redemption he seeks or revenge."

The flick is sure to stir up some controversy, something two time Academy Award winner Sean Penn is no stranger to with Mystic River and Milk.. It will also mark the English-language debut of acclaimed director Paolo Sorrentino, who is known for the Italian political drama 'Il Divo'. 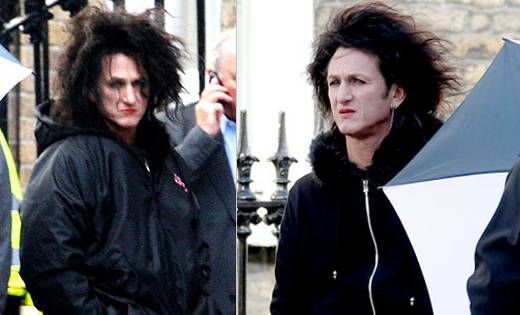