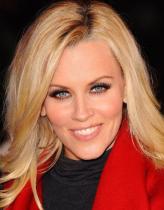 In the write-up, McCarthy said: "I am not 'anti-vaccine. This is not a change in my stance nor is it a new position that I have recently adopted.. For years, I have repeatedly stated that I am, in fact, 'pro-vaccine' and for years I have been wrongly branded as 'anti-vaccine.'"

In an open letter, Kluger, who interviewed the 41-year-old years ago, that: "Jenny, as outbreaks of measles, mumps and whooping cough continue to appear in the U.S.—most the result of parents refusing to vaccinate their children because of the scare stories passed around by anti-vaxxers like you—it's just too late to play cute with the things you've said."

"You are either floridly, loudly, uninformedly antivaccine or you are the most grievously misunderstood celebrity of the modern era."

"Science almost always prefers the simple answer, because that's the one that's usually correct. Your quote trail is far too long—and you have been far too wrong—for the truth not to be obvious."

TIME magazine also called 'The View's hiring of Jenny McCarthy "irresponsible and shameful" back in July.