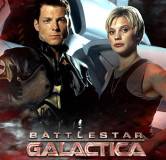 Nearly two years after the idea was first thrown around, Sci Fi Channel has announced that it has approved a 'Battlestar Galactica' prequel.

The two-hour pilot for the prequel titled 'Caprica' will be set 50 years before the Cylons annihilated the 12 Colonies of Kobol -- which is where the current 'Battlestar Galactica' began.

"We couldn't be more excited to see this long-anticipated project get off the ground," Mark Stern, Sci Fi's executive VP of programming, said at the network's presentation.

"It's an amazing script and, though clearly inspired by the Battlestar mythology, it is not just a pale spinoff. This is a smart, thought-provoking, emotional and compelling character drama in its own right."

The critically loved 'Battlestar Galactica' is heading into its fourth and final season, five years after the series began with a similar three-hour miniseries.

BSG creator Roanld D. Moore has said in the past that he thought the idea would make a great series: "It would take the stories that we came to discover on Battlestar Galactica and go all the way back to their embryo and the discovery of the technology that will link to the Cylons specifically."

"It's a tremendously arresting idea that was really beautifully executed, and we're anxious to have any opportunity to pursue it because we really think it's a special project."

And it certainly makes business sense for Sci Fi, needing a potential hit to replace 'Battlestar Galactica'. The fourth and final season begins on Sci Fi on April 4.