Scarlett Johansson Ranked The Highest-Grossing Actress of All Time 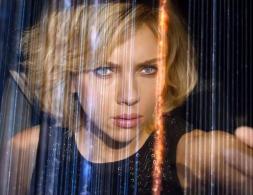 ) has taken the crown as Hollywood's highest-grossing actress ever.

Thanks in large part to her recurring role as Black Widow in the 'Avengers' movies and other Marvel films, including the new 'Captain America: Civil War', Johansson's films have made more than $3.3 billion.

She has surpassed Cameron Diaz (photos

), who until now held that title, with just over $3 billion at the box office.

If you include both male and female actors, Johansson ranks in tenth place with Harrison Ford as the undisputed box office king with nearly $4.9 billion, followed by Samuel L. Jackson and Morgan Freeman.

Jackson had been in top spot for several years until Ford reprised his role as Han Solo in 'Star Wars: The Force Awakens' and added its box office tally to his earnings. But with Ford done with 'Star Wars' and Jackson's Nick Fury still in the Marvel universe, that should flip-flop once again.