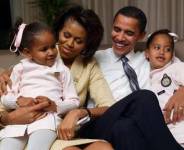 But Beanie Babies Maker 'Ty' insists the 12-inch dolls are not named after the first daughters, even though the launch comes just after Barack Obama's inauguration. Spokeswoman Tania Lundeen tells AP that names were picked simply because "they are beautiful names."

"There's nothing on the dolls that refers to the Obama girls," says Lundeen. "It would not be fair to say they are exact replications of these girls. They are not."

Ty released the 12-inch dolls with bronze skin as part of its 'TyGirlz Collection'. Sasha has pigtails and wears a white and pink dress with hearts, while Malia sports a side ponytail and a long-sleeve shirt with capri pants.

The company has about 30 other dolls named Lindsay, Britney, Paris, and Hillary. Which were sure aren't named after the celebrities Lindsay Lohan (photos

) and Hillary Clinton either, right Ty?

The new Beanie Babies dolls are expected to be a big hit with young girls with Obama as the 44th President and his young family receiving all the exposure it can handle. 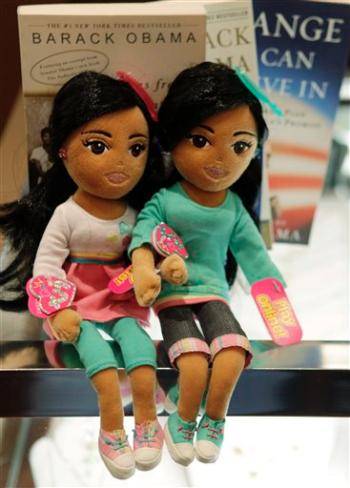