Sarah Palin Signs Deal For Her Own Courtroom Reality Show 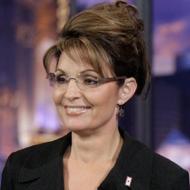 Former Alaska Governor Sarah Palin has signed a deal to make a pilot for a reality courtroom TV show.

Warm Springs Productions says that it currently doesn't have a network but hopes to find a home for the series following the pilot in the hopes that it will air five days a week.

The Montana-based company has assembled a team of producers who worked on the development of 'Judge Judy' and 'Judge Joe Brown'.

It's betting Palin can repeat the success of those programs thanks to her opinionated views even though she has no legal training.

Until now, the company has focused on creating outdoor shows and programming for the National Rifle Association.

Most recently, Palin starred in TLC's 'Sarah Palin's Alaska' and 'Amazing America with Sarah Palin' on The Sportsman Channel.