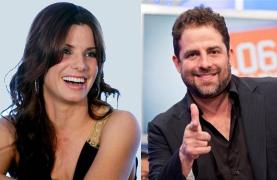 ) and Brett Ratner have released a joint statement to try to put an end to rumors that they spent the night together following the 2012 Academy Awards.

This after 'In Touch' reported that America's sweetheart and Ratner are involved in a "risky romance" that began at a post-Oscars party.

"We think that it's incredibly sad that in these times, this magazine would resort to complete fabrication, solely for financial gain," the two say in a statement.

"There is not a shred of accuracy in their story. We have not seen nor spoken to each for over a decade."

"We both had a great time after the Oscars, just not with each other."