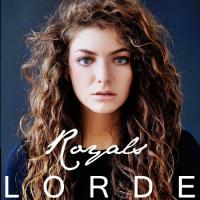 San Francisco radio stations 104.5 KFOG and 96.5 KOIT are just two of the stations to ban Lorde's 'Royals' until the end of the World Series.

"No offense, Lorde, but for the duration of the World Series, KFOG Radio will be a 'Royals'-free zone. We're sure you understand," say the stations in a statement.

The Giants head into the World Series against the Kansas City Royal beginning Tuesday.

Last year, Lorde told VH1 that she was inspired to do the song after seeing a National Geographic photo of a Royals player autographing baseballs.

"He was a baseball player, and his shirt said Royals, and I was like, 'I really love that word,' because I'm a big, like, word fetishist," she said. "I'll pick a word and I'll pin an idea to that. So it was just that word."

In response, Kansas City station 99.7 The Point says it will instead increase its airplay of the song and play the song on the hour, every hour on the first day of the Series.