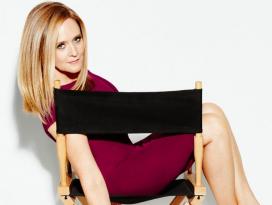 Samantha Bee delivered a blistering commentary on her show 'Full Frontal' on the topic of the Orlando shooting that left 49 people dead.

"Is it okay if, instead of making jokes, I just scream for seven minutes until we cut to commercial?," Bee asks before beginning her rant.

"There is no shortage of troubled 20-somethings out there, and whether they’re radicalized by ISIS or homophobia or white nationalism or a dislike of movies," said Bee, "we are making it far too easy for their derangement to kill us."

"We pray after every mass shooting, and yet they keep happening. Maybe we're not praying right. Can we check the instruction manual? 'Thus also faith by itself, if it does not have works, is dead.'"

"Love does not win unless we love ourselves enough to fix the f***ing problem."

Bee spoke about assault-weapons bans in other countries before going over a comment from Florida Senator Marco Rubio, who said: "This could have happened anywhere in the world. Unfortunately, today was Orlando's turn."

"Orlando's turn? Mass shootings are so normalized now that we're taking turns?," Bee cries. "This wasn't even Orlando's first high-profile gun murder of the weekend. Stop thinking, and do something to improve our society!"

If you're watching at work, be warned of some F-bombs: