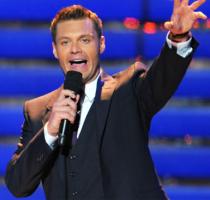 After Ryan Seacrest joined 'Live with Kelly' as its new co-host in May, it looked to be the end of any possible return to the 'American Idol' reboot.

However, last month we speculated it might actually happen and Ryan Seacrest could still host 'American Idol' despite anchoring 'Live'.

Seacrest made the big announcement was made this morning on 'Live with Kelly and Ryan'.

When the show ended its 15-season run on Fox in April 2016, Seacrest finished by saying: "And one more time -- this is so tough -- we say to you from Hollywood, goodnight, America... for now."

And so he will return as ABC brings back 'American Idol'.

It's reported Seacrest's multi-year deal is worth upwards of $10 million.