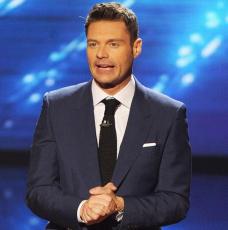 ) on 'Live with Kelly' -- and that could still happen.

He says he was offered a chance to return to the series after ABC nabbed rights to the reboot.

"Who am I if not the 'American Idol' guy?,'" Seacrest muses. "I had so many walls up in my own head about my life in Los Angeles and my role in Los Angeles."

Seacrest says he even sat down with Katy Perry (photos

) and encouraged her to join the competition at $25 million per year.

"We want Ryan to be a master of all things live for us in the way that Regis Philbin was for many years here," he recently said.

Asked if returning to 'American Idol' would fit on his plate, Seacrest smiles: "I know, I never though that would be possible."