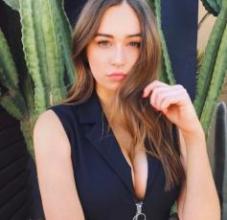 Hewitt has accused Phillippe of assaulting her in July in an incident she claims he kicked, punched and threw her down a flight of stairs during a fight.

The model says in the lawsuit that Phillippe blew up while Hewitt was gathering her things to leave after an argument.

"Phillippe reacted by attacking Hewitt. He grabbed Hewitt's upper arm so tightly that his grip left heavy bruises on her arm hours later. He then braced his body and violently threw her down his staircase as hard as he could."

"When Hewitt finally made it back to the top of the second staircase to pick up her belongings, Phillippe repeatedly grabbed Hewitt, struck her, cornered her, kicked her, and aggressively pushed her to the ground."

Police issued an Emergency Protective Order against Phillippe when the incident happened. However, that has since expired.