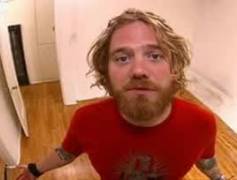 G4 has announced that it will air the remaining episodes of Ryan Dunn's 'Proving Ground' after all.

The network had shelved episodes of the series after Dunn's death in a fiery car crash last week.

Only one episode of the new series had aired at that point. The remaining eight episodes will now resume in its original 8 PM timeslot.

G4 will also air an one-hour tribute on an 'Attack of the Show' episode dedicated to the 'Jackass' star on July 19.

"Ryan was an incredible talent who will be missed tremendously by his fans, including G4 viewers," says G4 president Neal Tiles.

"With the support of Ryan's family, we've decided to air the remaining episodes of G4's Proving Ground and give his fans the opportunity to continue watching this series he was so passionate about."