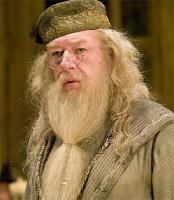 JK Rowling has sent a letter, written as Dumbledore, to a Texas teen who lost her entire family in a tragic shooting last month.

The 15-year-old Cassidy Stay's uncle was charged with breaking into the Stay family's Houston home and killing Cassidy's parents and four siblings.

Cassidy pretended to be dead after being shot in the head before she called 911.

During an ensuing press conference about the ordeal, the girl quoted Harry Potter's Headmaster Albus Dumbledore saying" "Happiness can be found even in the darkest of times if one only remembers to turn on the light."

After a Facebook group formed, JK Rowling took notice and wrote Cassidy a personal letter from Dumbledore along with an acceptance letter to Hogwarts and a book with the author's autograph.

A spokesperson for Rowling confirms she did indeed send a letter. However, "the contents of the letter and how it came about are private and between her and Cassidy."