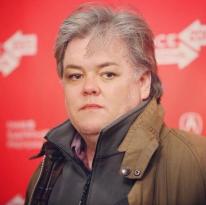 After campaigning to play Steve Bannon on 'Saturday Night Live', Rosie O'Donnell is giving her fans a preview of what to expect if it becomes a reality.

The comedian and actress has updated her Twitter profile photo to one in which a picture of Steve Bannon has been superimposed with her face on it.

O'Donnell, who has been embroiled in a long-running public feud with now President Donald Trump, has wanted to play the controversial advisor ever since she heard that Melissa McCarthy playing Sean Spicer especially upset the president because his White House Press Secretary was spoofed by a woman.

Politico reported the impression "did not go over well internally" at the White House and sources said the sketch "was most problematic in the president's eyes" because Spicer was played by a woman.

Alec Baldwin, who has been playing Trump this season, returns to host the show for the 17th time this weekend.