Roseanne Barr: 'Never Going To Work In TV Again' After Being 'Insulted' 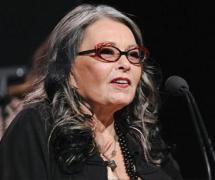 Roseanne Barr says she's "never going to work in television again" after being "insulted" and "assaulted."

"I feel as if I've been insulted and assaulted for over a year."

"Actually, for many years-from my first reality show to my second and two failed development deals. Don't call me, I won't call you. I'm gone."

"I don't have the emotional stability to withstand being manipulated and lied to anymore -- now that I'm old."

Barr criticized one showrunner in particular, without naming him, complaining the exec had her "removed totally from the process."

"There were hardly any jokes in the script, and I didn't connect with the characters at all. My family told me to quit. I kept on trying."

In one post, Barr said people were taking advantage of her "mental health issues."

"Yes, I do have mental health issues," she wrote. "Decent people refrain from bullying, lying to, manipulating and taking advantage of people like me."

"Anyway, no more drunk tweeting late at night for me! I'm writing directing editing & starring in my new show by myself. F--k everybody," she concluded.