Rose McGowan Was Offered $1 Million To Keep Quiet About Weinstein 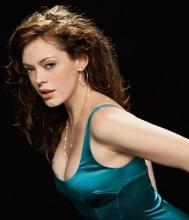 Rose McGowan tells The New York Times that she was offered $1 million if she signed an agreement to keep quiet about her experience with disgraced producer Harvey Weinstein.

The offer from "someone close to Mr. Weinstein" came as several women were about to come forward with their sexual misconduct accusations against him.

McGowan, who has said she was raped by Weinstein and previously reached a $100,000 settlement over the encounter, admits she considered the offer but countered with $6 million.

"I had all these people I'm paying telling me to take it so that I could fund my art," she tells the Times. "I figured I could probably have gotten him up to three. But I was like, 'Ew, gross, you're disgusting, I don't want your money, that would make me feel disgusting.’"

McGowan says she received the offer because her settlement did not include a confidentiality clause. She decided to pull the counter after more women came forward.

In the interview McGowan recalled how she ended up in Weinstein's hotel room but declined to say what exactly transpired.

McGowan said she sat in a separate chair during a brief meeting in the producer's hotel suite. But on her way out, he pointed the hotel room's bath tub.

"And then what happened, happened," she said. "Suffice it to say a door opened and my life changed."