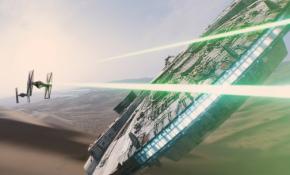 A change become necessary after Lucaslim fired directors Phil Lord and Chris Miller, months into shooting, due to creative differences.

"At Lucasfilm, we believe the highest goal of each film is to delight, carrying forward the spirit of the saga that George Lucas began forty years ago," Kathleen Kennedy, president of Lucasfilm, says in a statement.

"With that in mind, we're thrilled to announce that Ron Howard will step in to direct the untitled Han Solo film. We have a wonderful script, an incredible cast and crew, and the absolute commitment to make a great movie."

Alden Ehrenreich and Donald Glover will star as younger versions of Han Solo and Lando Calrissian, respectively in the feature that also includes Emilia Clarke, Woody Harrelson and Thandie Newton.

The Han Solo spinoff will resume production on July 10.