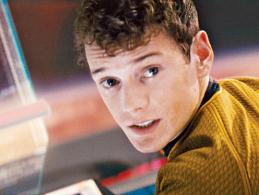 The 27-year-old actor was found dead in the driveway of his Studio City home after his 2015 Grand Cherokee pinned him against a mailbox pillar and security fence.

But now it appears that the Jeep Grand Cherokee involved in the accident had been subject to a recall specifically because of problems with gear shifters in 1.1 million vehicles that would cause the vehicles to roll away unexpectedly.

The National Highway Traffic Safety Administration is now involved with Los Angeles authorities in investigating the death and reminding owners to ensure their car is not only in park but completely turned off before they get out.

Yelchin had already filmed his turn as Enterprise officer Pavel Chekov in Paramount's upcoming 'Star Trek Beyond', which is set for release on July 22. He was also involved in several smaller projects before his death.