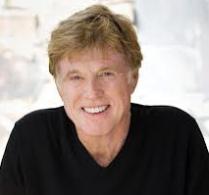 Robert Redford says he's not upset about not receiving an Oscar nomination for his role in 'All Is Lost'.

But the actor said he believed the film's distributor, Roadside Attractions, was to blame.

"I don't want that to get in the way of why we're here," he said at the Sundance Film Festival. "Let me just speak frankly about how I feel about it."

"Hollywood is what it is, it's a business. And so when these films go to be voted on, usually they're heavily dependent on campaigns," he said.

"In our case I think we suffered from little to no distribution. And so as a result, our distributors... I don't know why... they didn't want to spend the money."

"They were afraid? They were just incapable? I don't know."

Although he didn't sound like it, Redford maintained he wasn't bothered by it.

"I'm not disturbed by it, I'm not upset by it because, like I said, it's a business," he said.